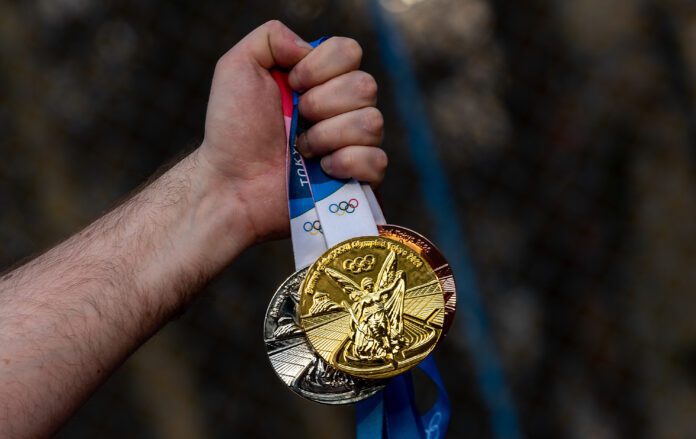 LONDON, Aug 9 (Openly) – There have been tears. There has been controversy. But for LGBT+ people, the Tokyo 2020 Olympics marked a highpoint for visibility, acceptance and medals, with a record number of gay, lesbian, bisexual and transgender competitors.

Over the past two weeks, more than 180 openly LGBT+ athletes have taken to the tracks, pools and fields in Japan’s capital, according to the website Outsports, triple that of Rio in 2016, illustrating a surge in confidence among LGBT+ sportspeople.

If Team LGBT+ had competed as a country, its haul of 32 medals – 11 golds, 12 silvers and nine bronze – would have ranked seventh, above the Netherlands and below Australia, according to an analysis by the Thomson Reuters Foundation.

As the Olympics drew to a close on Sunday, with attention shifting to the start of the Paralympics on August 24, many have praised the Games for raising the profile, and acceptance, of LGBT+ people globally.

“Having that sort of representation is so important,” said professional swimmer Michael Gunning, who narrowly missed out on competing for Jamaica at Tokyo 2020.

“When I was growing up, I never really had those role models. I was never inspired by LGBT athletes; it was always people outside of the community,” Gunning told the Thomson Reuters Foundation on Monday.

It was an Olympics of firsts in many ways – not just because more than 11,000 athletes competed in almost 350 events in near-empty venues to guard against COVID-19 infection.

Canadian footballer Quinn, who uses only one name and is trans and non-binary – identifying as neither male or female – became the first trans athlete to win a gold medal as part of the national women’s team.

And British diver Tom Daley caused waves both in the pool and out, talking to reporters after his gold medal win with his diving partner Matty Lee in the men’s 10-metre synchronised platform event.

“I feel incredibly proud to say that I am a gay man and also an Olympic champion,” Daley said.

Despite the popularity of LGBT+ celebrities like Daley, Russian reporting of the Games showed that homophobia remains a reality in many parts of the world.

The International Olympic Committee (IOC) said it would be investigating any abusive comments made on Russian channels that were official broadcasters of the Olympics.

“Discrimination has absolutely no place at the Olympic Games,” the IOC said in a statement.

However, for Angus Malcolm, chair of LGBT+ charity Sport Allies, the backlash in countries like Russia did not detract from the inspiration that LGBT+ athletes at the Games have given the next generation.

“My hope would be that some kid in Moscow can see through the state news to recognise him or herself,” Malcolm said.