Although same-sex marriage has been legal in Mexico since 2015, when the country’s Supreme Court (SJCN) declared it unconstitutional to prohibit marriage between couples of the same sex, before yesterday’s ruling, such couples had to apply for a pardon to be married in the state of Yucatán.

Mexico’s status as a popular, gay-friendly destination has been reaffirmed in the past three months with the approval of same sex marriage in not only Yucatán but in Baja California and Sinaloa, as well. The change strengthens Yucatán’s potential to evolve into Mexico’s newest LGBTQ+ destination. In 2019, Mexico Secretary of Tourism Miguel Torruco Marques, the International LGBTQ+ Travel Association (IGLTA) and marketing and consulting firm Queer Destinations signed a “Letter of Intent” to further promote LGBTQ+ tourism to Mexico. Since then, Queer Destinations has been working with Yucatán to train, develop and certify tourism players in Mérida and throughout the region.

State Minister of Tourism Michelle Fridman Hirsch sees the constitutional modification as a positive step in attracting the highly coveted LGBTQ+ market. According to World Travel and Tourism Council indicators, 10% of the world’s travelers are in the LBGTQ + segment and they spend more, on average, than their non-LGBTQ+ counterparts.

“Making the legal process for same-sex marriages opens up the state of Yucatán to the opportunity to attract even more weddings to our destination a source of economic impact that is welcomed particularly with the pandemic,” said Fridman. “We celebrate the steps taken by our congress and look forward to continuing our work to offer our visitors a destination that is rich with culture, history, modernity and, above all, welcoming and safe to all.”

Yucatán has long enjoyed a reputation as a romantic destination with transformative experiences across a land rich in history. Home to a thriving Maya community, gastronomy rooted in the colonial era and some of Mexico’s finest architecture, the state is a must for anyone looking to incorporate the country’s unique culture into their wedding day. Offering the unique duality of both ancient Mayan culture and modern facilities, the state’ six regions provide unique, enigmatic and charismatic nuptials settings, from paradisiacal beaches of soft white sand, calm emerald waters and exotic flora and fauna, to historic French-style mansions, ancient and majestic haciendas turned into boutique properties and large outdoor venues that can easily accommodate the needs of every bride and bride and groom and groom. 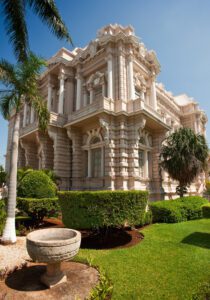 Yucatán is home to a plethora of professional wedding planners, who can coordinate all details of a same-sex couple’s special day. The international airport of capital city Mérida offers nonstop flights from Miami, Houston, Dallas, San Diego and Oakland/San Francisco.