Puerto Vallarta has been nominated for three Travvy awards, including the best culinary destination, the best destination for honeymoons and the best tourist office in Mexico. These nominations are present in the seventh edition of the Travvy awards in which you can also participate by voting for your favorites.

The Travvys are awards from the travel industry academy. These recognize the main providers of destinations, technology and attractions selected by travel agents. These being the ones who recognize the best of tourism worldwide.

The nominations are Best Culinary Destination in Mexico, Best Honeymoon Destination and Best Tourism Office in Mexico. This year, the Travvy Awards will hold its seventh edition and celebrate the best of the sector with the industry.

On November 10, they will hold a gala at the Miami Convention Center to announce the winners. The votes are already available on their website, you can vote for your favorites by clicking here.

Puerto Vallarta has won in previous years in the categories of Best Culinary Destination in Mexico, Best Destination City in Mexico and Best LGBT Destination Internationally.

And in 2019, the city was awarded Best Destination by Apple Vacations; it was ranked # 5 in the “World’s Top 10 Small Cities” at the Readers Choice Awards. In addition, FishingBooker, the largest platform specialized in fishing trips, ranked the port in second place in the Top 7 of destinations specialized in this sporting activity.Puerto Vallarta at the travvy awards 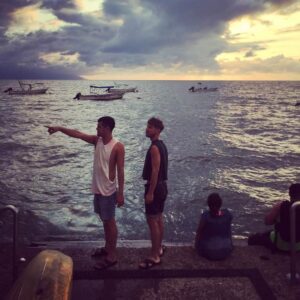 Among the recognitions by the LGBTQ + community, in 2018 Gay Cities magazine gave Puerto Vallarta the “Fun in the Sun” award and included Playa Muertos in the list of the “Best Gay Beaches in the World 2020”.

Many are the recognitions that Puerto Vallarta has received in recent years and it has positioned itself as one of the favorite places of national and foreign tourism to enjoy the vacation seasons. Could this occasion be able to win again?