Guadalajara, Jalisco.- In a public statement given today, the Governor of the State, Enrique Alfaro Ramírez urge citizens to stay in home for the next 5 days, which he defined as crucial in the management of the crisis that the state and the country is facing.

During his message, the governor talked about the scientific model presented publicly by the University of Guadalajara that calculates the evolution and behavior of the disease and which has a correlation level of 98% was discussed, “the study of the University of Guadalajara has predicted practically what has been happening, based on this study we can know that the next five days are crucial to control the growth of the contagion of the virus in our society” he explained.

This call reveals the importance of stay in home for the next five days and if it is not respected, could become a longer sacrifice. “I encourage Jalisco’s citizens to respect the five days of isolation to prevent making a sacrifice that could last for months” said Alfaro, reassuring the population, explaining that while they remain at home, there will be hospitals with nurses and medical personnel to attend to their health if necessary.

The call based on scientific evidence seeks to avoid the scenario of mandatory quarantine “we do not want to adopt radical measures for not acting in time, as is the case today in the State of California,” he explained and reiterated that the State of Jalisco needs citizens to not leave their houses from today until Wednesday.

Lastly, he invited citizens to demonstrate their solidarity and understand that this is a commitment to the people with the State and with the country. “It is time for people, for citizens, and I am sure we will not fail,” he concluded. 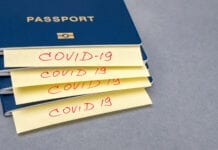 US Eliminates Covid Test for Reentry to US for International Travelers 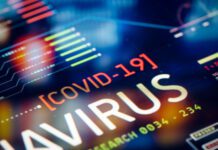 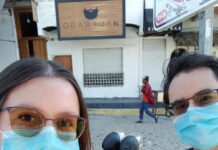