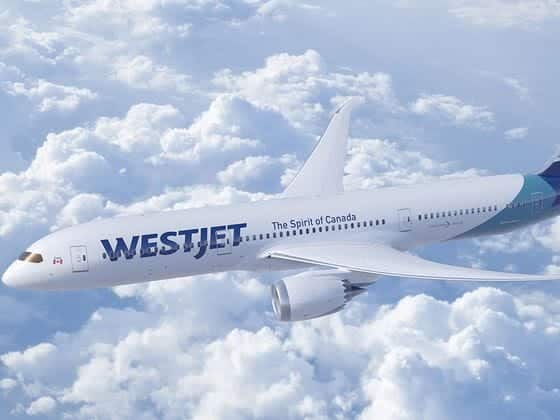 • WestJet airline registered a significant recovery in its flights during the season, which reflects the preference of travelers from the North American country for this tourist city.

Canadian travelers have chosen Puerto Vallarta among their favorite tourist destinations during the winter and thus celebrate the holidays, which is confirmed by the WestJet airline, a company that registered an increase in air frequencies in this period and mainly during Christmas, after its return to destination.

The Covid-19 pandemic paused pleasure trips to Mexico, the Canadian market being one of the most affected, however, gradually the restrictions have begun to decrease and travelers from the country of the maple leaf reiterate their favoritism for returning or getting to know Puerto Vallarta for the first time .

According to data provided by WestJet, during the period of the Christmas celebrations the Canadian airline will have 14 routes from Calgary, 8 from Vancouver, 5 from Edmonton and 4 from Winnipeg and Toronto, thus achieving a recovery of 94% of frequencies compared to the same range of dates in 2019.

For the rest of the winter season, the Canadian airline will have an excellent rhythm in the frequencies arriving at the Puerto Vallarta International Airport, achieving 11 weekly operations from Calgary, 8 from Vancouver, 4 from Edmonton , 3 from Winnipeg and Toronto, and 1 from Kelowna, Comox, Regina, Saskatoon and Victoria.

This increase in air operations to Puerto Vallartafrom Canada, is the result of constant promotional efforts by the Public Trust for Tourism Promotion and Advertising of Puerto Vallarta, which recently made an alliance hand in hand with Cadillac Fairview, which consists of a digital campaign in 9 centers Toronto, Ontario, which are: CF Toronto Eaton Center, CF Sherway Gardens, CF Fairview Mall, CF Fairview Park, CF Lime Ridge Mall, CF Markville Mall, CF Masonville Place, CF Rideau Center and CF Shops at Don Mills, where the port will have a brand presence, stimulating the desire to travel to the destination in this upcoming winter season.

This digital campaign included various promotional elements, among which the inclusion of Puerto Vallarta stands out.in its privileged Newsletter –informative bulletin- which has more than 360 thousand subscribers, and which also included a direct “call to action” to discounts and special offers in the destination.

Likewise, Puerto Vallarta is present on giant screens inside the Sherway Gardens shopping center, the temporality will be 1 month, which represents more than 7 million impressions.

Puerto Vallarta is also present in the Cadillac Fairview Wifi Splash Page, that is, the welcome page of the WiFi in the 9 shopping centers, which will promote the destination in more than 170 thousand mobile devices that use this network.

What’s more, Puerto Vallarta has a presence in Live by Cadillac Fairview, which is the CF shopping application that includes the 9 aforementioned shopping malls. In this digital program, purchases are made and shipments are tracked, having more than 270 thousand users; here the Friendliest City in the World invites you to relive the desire to travel to this heavenly destination through a digital banner.

Complementing these actions, soon (November 20) a television segment will be dedicated to promoting the benefits of the destination, hosted by travel expert Jennifer Weatherhead, on the program “Things to know” on CTV News Channel, in Toronto.

Additionally, Puerto Vallartamakes cooperative alliances with partners such as: Air Canada, Air Transat, Sunwing Airlines, Swoop and Westjet; Actions aimed at the sale of vacation packages to the destination through their distribution channels and product positioning in the markets where they operate. In addition, the Puerto Vallarta Tourism Trust runs brand digital campaigns in 10 Canadian cities, including: Calgary, Edmonton, Montreal, Ottawa, Regina, Saskatoon, Toronto, Vancouver, Victoria, and Winnipeg.

According to the Datatur system of the Federal Tourism Secretariat, Canada is the second country that contributes the most international tourists to Mexico, and in particular to Puerto Vallarta, highlighting that this sun and beach destination was the city in Latin America, prior to the pandemic, with the largest number of regions, 16 in total, that operate direct flights to the Puerto Vallarta International Airport from that nation, being crucial the return of this market to recover the number of passengers.

“We are excited about the gradual return of Canadians to Puerto Vallarta, because it reflects the security they have for this destination. Whether with Air Canada, Air Transat, Sunwing, Swoop, Westjet, among other airlines, we welcome all travelers from the country of the maple leaf to find in this city warm experiences with a more than privileged climate “, expressed Luis Villaseñor, general director of the Puerto Vallarta Tourism Promotion Trust.

The data confirm that Puerto Vallarta is closer and closer to having a 100% recovery in its international air operations, a situation that will benefit the tourism industry of the green pearl of the Mexican Pacific and that manages to maintain high expectations to obtain a closure of successful year.