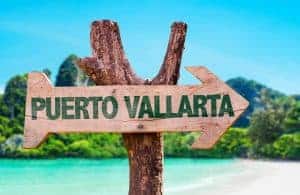 Tourism Secretary Miguel Torruco Marqués told reporters that 55.5% of the tourists came from the United States, 11.4% from Canada, 3.2% from the United Kingdom, 3.1% from Colombia and 2.2% from Argentina.

The tourists from the five nations represent just over three-quarters of all visitors who arrived in Mexico by air this year. Their numbers increased 0.3% compared to the first 10 months of 2018.

October was a particularly good month for international tourist numbers although individual visitors spent less on average while in the country than a year earlier. More than 1.63 million foreign visitors came to Mexico by air or land, a 4.4% increase compared to October 2018 and 27.3% more than in September this year.

Of that number, 83% of tourists arrived by air and 17% crossed into the country via Mexico’s borders with the United States, Guatemala and Belize, according to data from the national statistics agency, Inegi.

The tourists collectively spent US $1.33 billion while in the country, or an average of $816.90 each. The latter figure represents a 4.3% decline compared to October 2018 when tourists spent US $853 each on average. However, as a result of the higher visitor numbers, overall expenditure was equal to that of a year earlier.

Wild Eco-Park Adventure in the Jungle

Randy Rodriguez - January 22, 2020 0
If you feel like having a wild and fun adventure, surely this will be the experience of your life, this tour is ranked number...

Randy Rodriguez - January 20, 2020 0
Recently, the travel guide gaytravel.com invited the community to peruse diverse recommendations for 2020. How many on its list have you traveled to already...

Randy Rodriguez - January 18, 2020 0
A few months ago, we saw Jet de la Isla as he was leaving his workspace and told us he was about to start...