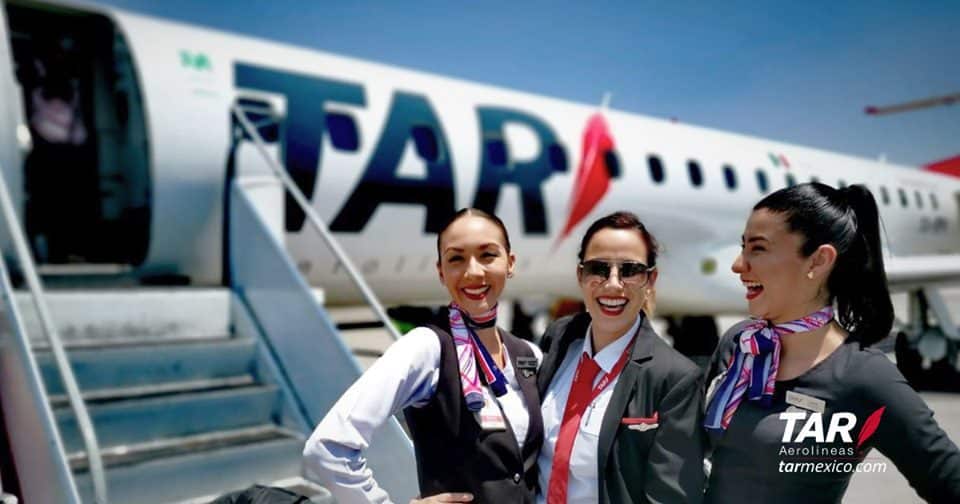 The Jalisco destination will have two new flights from Hermosillo and La Paz. These routes will be operated by TAR Airlines.

As of October 19, the International Airport of Puerto Vallarta will have two new flights from Hermosillo and La Paz, operated by TAR Airlines.

Both routes will be implemented with three frequencies per week, on Tuesdays, Thursdays and Saturdays. The flight to Hermosillo will depart at 1:05 p.m. and the return flight will depart at 1:45 p.m. from the capital of Sonora. The route from La Paz will take off at 10:15 a.m. and return at 6:20 p.m. from Puerto Vallarta.

“We are pleased to welcome these new flights, which are proof of three things: first, the coordinated work we carry out to attract passengers who feel safe to travel, thanks to the measures implemented; second, the growth in the flight offer with the confidence of the growth of the Puerto Vallarta airport, where close to 4 billion pesos are invested and third, TAR is positioned as one of the main airlines at the Puerto Vallarta Airport”, pointed out Cryshtian José Amador Lizardil, director of the Puerto Vallarta International Airport.

For his part, Jalisco’s Secretary of Tourism, German Kotsiras Ralis Cumplido, said that the opening of these new routes will complement and add to the existing frequencies:

“We recognize TAR Airlines for endorsing its commitment to our state to continue connecting more regions of Jalisco, given that these new routes are an opportunity to showcase the benefits of our main beach destination, Puerto Vallarta. These frequencies are added to the existing ones, keeping our sun and beach capital perfectly connected with cities that have shown their constant interest in visiting our beautiful and paradisiacal destination”.

The director of the Puerto Vallarta Tourism Promotion and Publicity Trust, Luis Villaseñor, mentioned that the announcement of these new routes confirms that the destination is making progress in its air connectivity with new potential markets, in which promotional actions have already been carried out on a constant basis. He also shared his pleasure because very soon visitors from La Paz, Hermosillo, Culiacan and Chihuahua will be able to enjoy the great diversity of attractions, unique experiences, gastronomy, art and culture that characterize Puerto Vallarta.

With the opening of these flights, TAR becomes the airline with the most destinations to and from Puerto Vallarta, since it operates a total of 6 direct routes: La Paz, Hermosillo, Aguascalientes, Guadalajara, Queretaro and San Luis Potosi.

The new operations will be carried out with an ERJ-145 aircraft, with a capacity of 50 passengers.