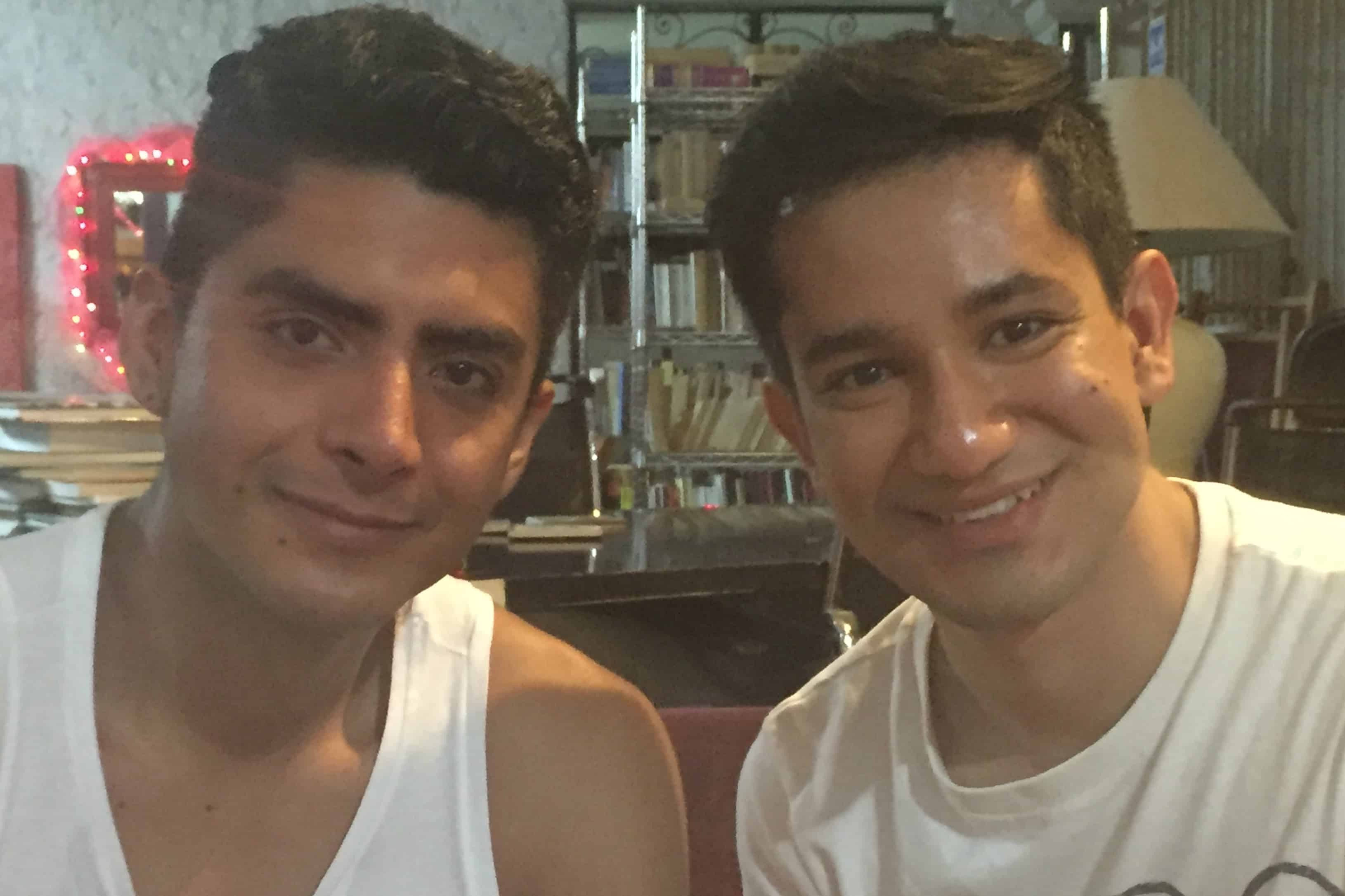 Omar Flores Sarabia and Oscar Anaya Hernández were just one day into their whirlwind tour of Puerto Vallarta when I met up with them in a coffeehouse early on a recent Monday evening.

They were in town for two reasons. They were scouting locations to film at least a couple episodes for season two of the popular Spanish-language web series Con Lugar, and they were also hopeful they could acquire a number of sponsorships from local organizations that might be interested in promoting business to an audience that, surprising to even them, has grown worldwide.

In the span of just six months, Con Lugar amassed over 4 million views on YouTube—where all of the eight episodes of season one are housed—and gained 75,000 followers. Its popularity has expanded beyond Mexico’s borders to reach viewers in Colombia, Chile, Argentina, Spain and even the United Kingdom, Canada, and the United States.

“We have received comments from, I think, every single Spanish speaking country. And from other countries like Italy, Brazil…” said Omar, who directed each of the season one episodes and will helm all of season two. He also co-created the series which he co-writes with Sabdyel Almazan.

“…France, Germany,” continued Oscar, who in addition to providing public relations for the series is also Omar’s partner. “We’ve received many supporters on Kickstarter from countries in Europe, South America, Canada too.”

Borne of a phrase that loosely translates to “with place” or “host only” in English (think: when you’re on Grindr and it’s time to decide which of you will invite the other over), Con Lugar follows the experience of Aaron (played by Andres B. Duran), an out gay man who has recently moved to Mexico City from a small town in the countryside. He’s newly single, having left a relationship in frustration due to his previous partner’s closetedness, and he’s witnessing the differences between gay life in a small town versus that in a big city.

“It’s kind of my story,” said Omar. “It was always the idea to make a web series that I would have liked to see when I was a teenager or in my 20s because in Mexico there’s not a lot of production, film production or TV production, with gay stories.”

Nobody knew what to expect, back in April 2017, when the first of eight episodes were released. There was no barometer by which to gauge success. They were arguably presenting the first professional, and independently produced, series about gay life in Mexico to a Spanish-speaking audience.

“We had some ideas but we never thought that it was going to be a success, a hit,” said Omar. “We thought that it would be a good series, and that people would like it, but now we have 4 million views and almost 75,000 subscribers on YouTube and that was less than six months.” The idea of developing a second season hadn’t crossed their minds until comments from viewers prompted it.

Each of the episodes are short. They vary between ten and fifteen minutes in length, a span of time which includes production credits as well as a short promotional video for the following episode. According to Oscar, it was designed that way, to accommodate the increasingly limited attention span of a typical online viewer. But that wasn’t the only reason.

“If you stream them all at one time,” said Oscar, “it is about one and a half hours in length so it is like a pilot project of a movie. That was the original idea, too. This is my presentation, do you like it or not? Ok? Now there’s a season two. Season two is going to have eight episodes again but about twenty minutes each.”

The two are very savvy as it regards the business model of the production. YouTube was always the target distribution platform because it is easily accessible, with few barriers for viewers. It was a live-and-learn discovery, in fact.

The first film Omar directed is called Peyote. A professional distributor liked it so much that he took it to the Canne Film Festival where it was sold for distribution to Canada and the U.S., to Europe and German-speaking countries. It didn’t reach many people in Mexico.

“So years later when we came up with the idea of a web series, that was the first intention,” said Omar, “to take it to YouTube so more people could see it, because the first one, the movie, didn’t get to many people in Mexico because it was sold to distributors.”

Viewers are likely to recognize the character Alex, the romantic interest of lead character Aaron. Jerry Velazguez was a finalist in the Disney Channel Latin America show High School Musical, La Seleccion back in 2007. He later starred in the Argentine sitcom Cuando toca la campana. According to Omar, his experience played a role in their selection when they auditioned actors.

“We held auditions in Mexico City,” he said. “When he auditioned we loved his spark. We didn’t choose any actor because they were friends. We wanted to find the right characters.”

Now that the Kickstarter campaign is complete, work on season two can begin. “We are in the final part of working with the scripts,” said Omar. “They are written but we are working on them. We’ll begin preproduction right now and we’ll be shooting scenes the second week of February. We think it will be three weeks of shooting and then almost two months of post-producing the first episodes, so we can premiere the first episode in April 2018.”

Similar to season one, the episodes of season two will be released one per week, telenovela style. Too, they will be available with English subtitles.

“We as Mexicans are used to seeing productions from other countries in English with locations like Central Park or the Statue of Liberty,” said Oscar, “and now we see [Mexican locations such as] El Malecon in Puerto Vallarta so it will be nice to know what people think about this, about the Mexican gay lifestyle, like is it similar or not, do you like it or not, is it better or not—”

“We love to have comments and to hear from people in other countries because that’s other cultures,” said Omar, “and we’d like to know what they think about our way of seeing the gay life in Mexico.”