Now Naked Boys Singing! will celebrate its 20th Anniversary with a brand new production in Mexico at Incanto starting October 30, 2018, with an open run, directed by the guy who conceived it all, Robert Schrock. This hilarious, international, smash-hit musical revue features six men who show it all as they they sing about being, well … naked! Please note that eroticism is not intended to be part of the show.

Auditions will be held at Incanto on August 9th. Please visit Incanto’s website www.IncantoVallarta.com for more details. Click on ‘About Us’ then on ‘Press Releases’, or just follow this link. 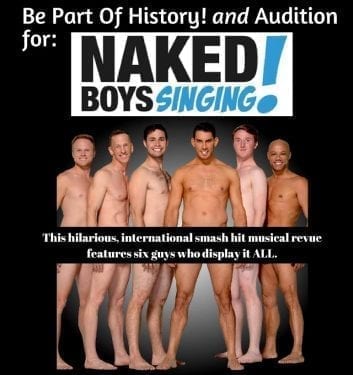 Casita & Garden, Wine and Sake Opens as an ‘Experience’ and Event Space