SEEN AT… the Vallarta Pride Parade 2018 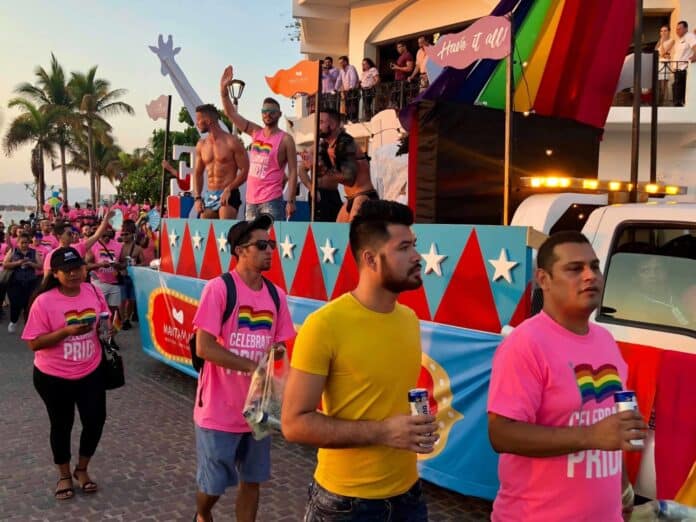 We were live at the opening of the parade, with street-level views as participants drove and rode and strolled down the Malecon.

O&APV’s Jerry Jones broke the news at Grand Marshall Lorena Herrera was running late AND that the parade would begin without her.

And we were live in Colonia Emiliano Zapata — accompanied by none other than Mama Tits, who offered color commentary — to watch revelers as they passed by, on their way to the block party on Lazaro Cardenas.