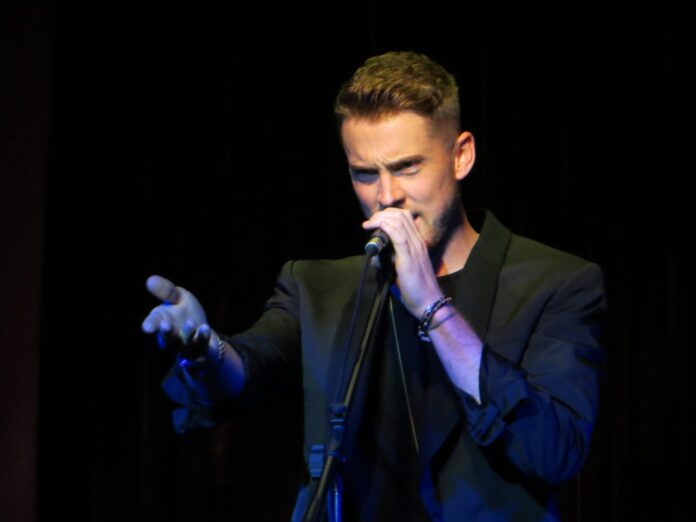 His star rose when he appeared in a Hollywood Bowl production of Hairspray with the likes of Harvey Fierstein, Marissa Jaret Winokur, and Nick Jonas. Then he toured the United States, appearing in over 1200 performances, with The Book of Mormon. Back in early April, he appeared for the first time in Vallarta, at Incanto.

Now Daniel LeClaire is back in town, again at Incanto, for a two night run which concludes with a Friday May 25 performance; tickets are available here. The show begins at 7:30pm.

In advance of this Vallarta Pride Week appearance, Daniel sat down with O&APV Editor Joseph Brant on the upper level patio at the popular live performance venue for a chat about what brought him to town and what all we can expect from a Daniel LeClaire show.