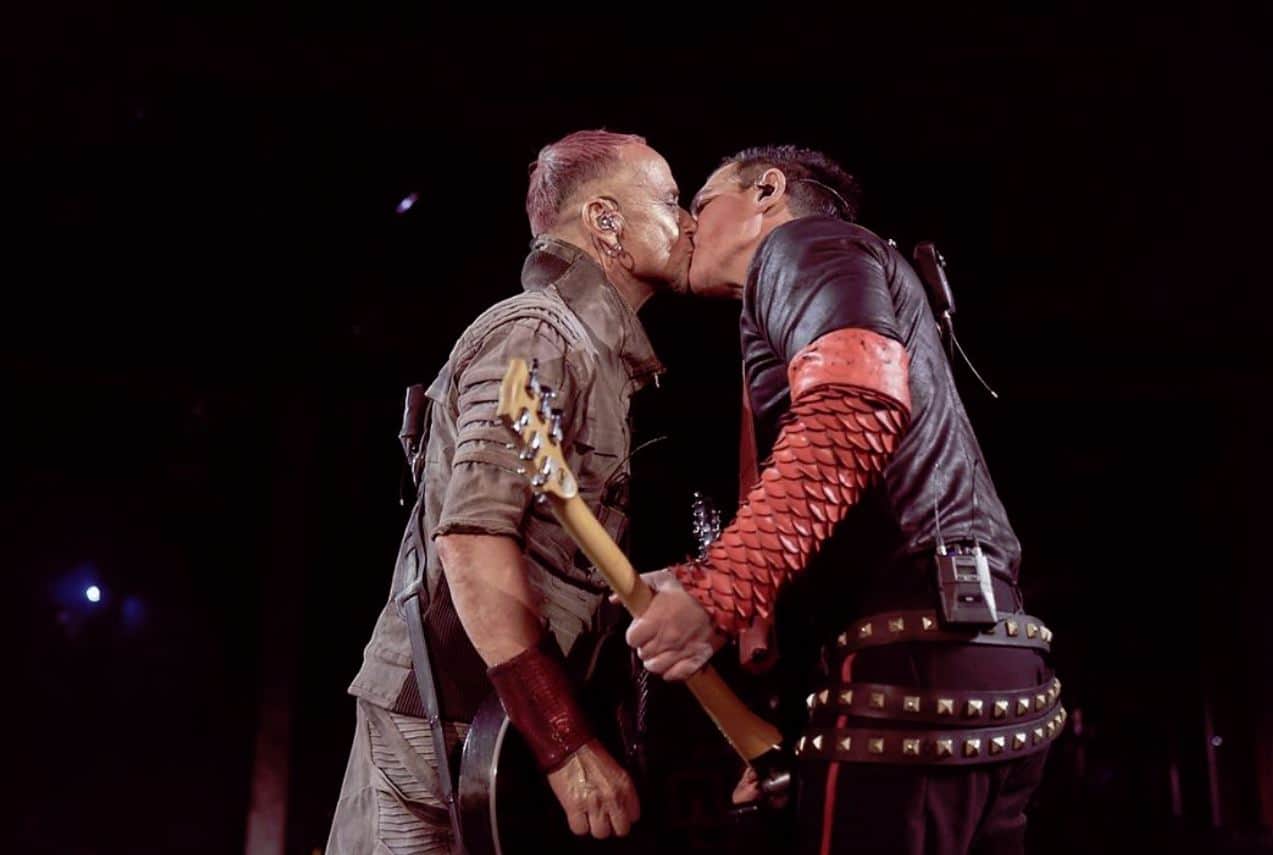 The band that earlier this year performed in Puerto Vallarta has been known for their sexualized image but tons of photos have emerged on social media from the moment when Paul Landers and Richard Kruspe engaged in a kiss while performing the song ‘Auslander’ .

The official Rammstein Instagram account shared the picture with the caption ‘Россия, мы любим тебя!’ which translates as “Russia, we love you!”

Rammstein has also waved pride flags at their concert in Poland to show their support towards the Polish LGBT+ community who has recently been victim of hate crime at their own pride, thanks to a homophobic religious group.

After the band’s inherent media such as Rolling Stone  spread the controversial kiss, followers say that this is an open challenge to the Russian federal law “for the Purpose of Protecting Children and Traditional Family Values”, also known as the “gay propaganda law”or “anti-gay law”, approved by the State Duma on 11 June 2013 and signed into law by President Vladimir Putin on June 2013. Many others think they have lost the support of some formers fans.

after the pride parade in Poland got taken over by violent homophobes, Rammstein flew the Pride flag during a show there, and then now two members just kissed at a show in Moscow to protest Russia’s anti-LGBT stances

What do people think of the #Rammstein protest in Russia? https://t.co/dd5a7ivRrA
They have, in the past, appeared to be clumsy in their comments on LGBT friends but more recently better at advocating LGBT rights. This has lost them support of some former fans.

lgbt flags in poland, a mlm kiss in russia, rammstein doesn’t give a fuck and i love it

Even I don’t listen to Rammstein, I really respect them for their actions on the concert. In Poland they were waving with LGBT flag as the protest against the attack on the LGBT march and now in Russia their members kissed on the stage as a protest against the russian LGBT law.