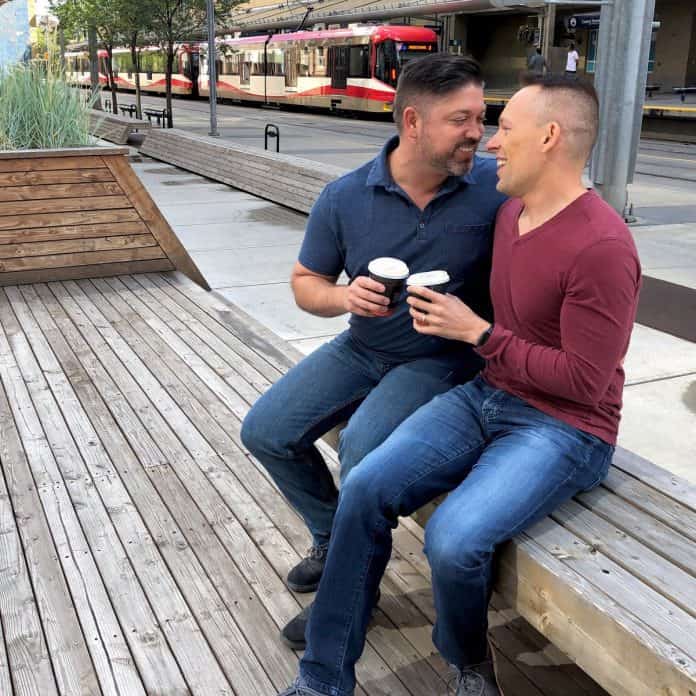 In case you missed the initial news reports, Josh Rimer and his fiancé Heath Busse had hoped to plan their wedding at the Sheraton in Puerto Vallarta. The Sheraton informed them that they didn’t do “equal” weddings and basically refused to provide them service. That all happened in early December, 2019.

A lot has happened since then, and we wanted to bring our readers up-to-date, including an exclusive video interview with the Hilton Puerto Vallarta, which will be providing Josh and Heath and their 45 guests a beautiful complimentary wedding.

Nelly Echavarria, director of sales, Hilton Puerto Vallarta recently talked with O&APV managing editor Randy Rodriguez and confirmed the couple had signed a contract for the Hilton to host their wedding, and that the Hilton was excited at the opportunity.

“Our community manager saw the testimony from Josh in social media, and the problems he was having in Puerto Vallarta,” She said.

Indeed, they did – two days after Josh posted his initial account with the Sheraton, and O&APV reported on it, the Hilton took to its social media accounts to reach out to him.

@JoshRimer, we’re looking for you! We’ve heard you want to get married at Puerto Vallarta and we want to offer you the #HiltonExperience,” the post read.

“Hi to celebrate with you this special day, so we’ll gladly host your wedding ceremony and feast for FREE for you and your 45 guests at Hilton Puerto Vallarta! Please send us an inbox,” followed by the hashtag #loveislove.

“We didn’t want him to keep that feeling that PV was not welcome him and Heath to their wedding,” Echavarria explained. “We wanted to change their experience and welcome them to Puerto Vallarta.”

“So, we said come on, let’s do it, let’s change their feelings and their emotions, so we decided to offer this complimentary wedding for them.”

Rodriguez asked her why such a kind (and expensive) gesture for Josh and Heath.

“Puerto Vallarta is not only a LGBTQ destination,” she said. “It’s a destination for everyone.”

She went on to explain that from families to foodies the city was a top destination for anyone and everyone. The hotel has held previous LGBT weddings and she said it was an honor to welcome everyone. She explained that the hotel wanted Josh and Heath to feel welcome and loved in Puerto Vallarta.

The Hilton Puerto Vallarta is not the only hotel in Puerto Vallarta to offer LGBT weddings. Puerto Vallarta’s Westin and the Marriott both offer the option, as well as gay owned hotels Casa Cupula and Hotel Mercurio – any of these hotels will work with couples to help make their special day a memorable occasion

The Hilton wasn’t the only business to reach out and offer complementary services after the couples ordeal.

VACAYA vacations also offered up a free cruise for the couple’s honeymoon. The couple will celebrate their honeymoon on VACAYA’s Lisbon Pride Cruise in June 2020.

“I am floored by the reaction from people, the interest from the media and the generosity from these companies,” Josh told O&APV in an early story.

In a youtube video update, Rimer told his fans that for two weeks (almost daily) the story was covered by the media. And he said, after nine days in, he still hadn’t heard from the Sheraton after the initial exchange. But about two weeks after the media firestorm he said he finally heard something.

“I got an email from the general manager of the Sheraton Puerto Vallarta, and he apologized for what happened and said that they were going to do some internal training and do better, Rimer said in his video update. “And invited us to come to their resort as his guests.”

Rymer said he wrote back and suggested they hire an outside consultant to come in and implement a diversity training program and make some significant changes — and then he would consider visiting.

The general manager wrote back to say that they had three different training sessions that they were doing, and an outside trainer was being used.

Rodolfo Pacheco is the General Manager of the Sheraton Buganvilias Resort & Convention Center and O&APV is reaching out to see if he’s willing to talk about the new training his staff is doing and what their plans are in the future to welcome LGBT guests and weddings.