Puerto Vallarta remains firm in the travel preferences of Canadian tourists, who are eager to vacation on the warm Mexican beaches, particularly in this destination that is one of their favorites in the country.

The increase in demand and the changes in the measures imposed by the Canadian government have allowed the gradual reopening of flights between Canada and Mexico, particularly to Puerto Vallarta , one of the most popular national destinations.  As of Saturday, June 5, the Westjet airline reopened the Saturday connection between Calgary and Puerto Vallarta , a city of frequent travelers who love this destination, especially during the winter. 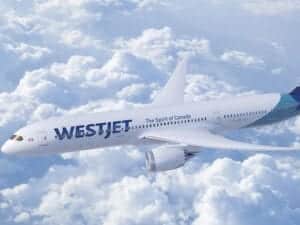 In this context of the announcement of air reconnections between the two countries, Air Canada reported this Monday the reopening of the Vancouver – Puerto Vallarta route from August 1 , a market that generates a high demand for travel and is willing to visit this destination. during the summer season, to enjoy the weather, the natural attractions and the wide variety of activities.

On the other hand, data from Expedia indicates that there will be a rebound in the number of visitors from Canada during the summer vacation period,since this destination is located in the top five of the most sought after places to vacation.

The advance of vaccination against Covid-19 in Mexico generates confidence in Canadian travelers, as well as the application of preventive protocols in health matters , in hotels, restaurants and tourist tours.

The Grupo Aeroportuario del Pacífico reports that last January, before the restrictions on flights from Canada to Mexico and the Caribbean, there were up to 60 monthly frequencies from that country, with a high number of frequencies from Thursday to Saturday and occupancy percentages higher than 80 percent.

According to the Datatur system of the federal Ministry of Tourism, Canada is the second country that contributes the most international tourists to Mexico , and in particular to Puerto Vallarta, from cities such as Vancouver, Calgary, Montreal, Toronto and Edmonton.

This destination seeks to reposition itself as the Airport in Latin America that has the largest number of cities directly connected , prior to the pandemic, there were 16 cities in Canada.