Puerto Vallarta’s annual LGBTQ cultural celebration, Vallarta Pride, will bring a new level of camp to the city’s celebration of the 100th anniversary of its founding with a “100 Reasons to Celebrate” theme, which will culminate on Saturday, May 26 with a grand nighttime shindig worthy of any small-town summer carnival – if that carnival featured half-naked “go-go boys” and drag queens galore. 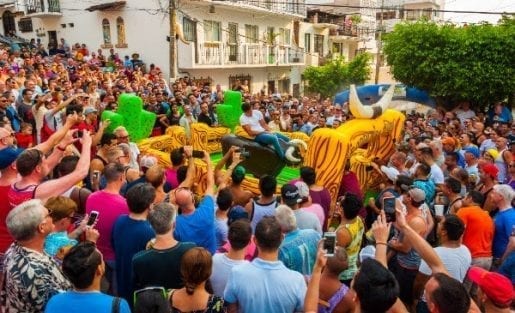 Taking place in Puerto Vallarta from May 20 to 27, Vallarta Pride has grown yearly, with its 2017 edition attracting more than 17,000 visitors. The event has become a staple in the international Pride calendar, and now drives a considerable influx of visitors during what used to be the end of Puerto Vallarta’s traditional high season for tourism. This year, Puerto Vallarta has enjoyed one of its most active seasons for the LGBT market, with multiple events taking place across town and entertainment headliners such as Hedda Lettuce, Mama Titis, Miss Conception and Kim Kuzma taking up residency across the Zona Romantica, Puerto Vallarta’s “gayborhood.” 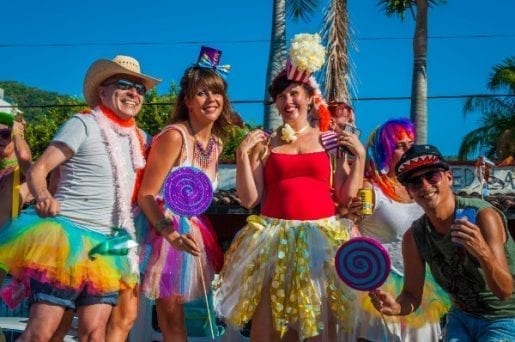 There will also be multiple women’s events. The Vallarta Pride International Film Festival will hold a Women’s Film Festival Screening on Wednesday,  May 23; Pink & Proud will present the Official Women Only Party on Friday, May 25; and an Only Girls Cocktail event takes place at the Verona Bistro Bar on Saturday, May 26.

Celebrities such as country singer Steve Grand, transgender Mexican singer Morgana Love and Mexican actress and singer Lorena Herrera will be performing this year, with Herrera performing double duty as this year’s Grand Marshal and the star of the free concert offered by Vallarta Pride on Friday, May 25 at Teatro Vallarta. 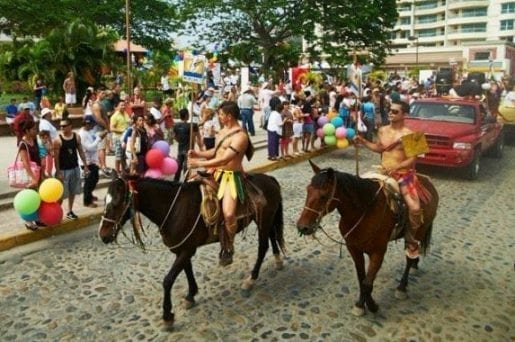 Other highlights include the annual Drag Derby, an LGBT Art Walk, an Adam & Steve Party at Casa Cupula, a beach gym, a casino night and a sunset “Wet and Wild Cruise,” plus a host of community activities and cultural events. The Big Top Party will take place May 25 at Puerto Vallarta’s newest venue, Top Sky Bar, hosted by entrepreneur and public figure Eliad Cohen and featuring performances by music artist Nikki Valentine.

Puerto Vallarta is renowned as the premier LGBT vacation destination in Mexico. The country’s first IGLTA member, since 2014, it was also honored as the first city in Mexico to be granted Gay Travel Approved status by GayTravel.com. GayCities.com users named Puerto Vallarta their “Fun in the Sun Destination” in the site’s 2016 “Best of Gay Cities” poll. Puerto Vallarta was also named an International LGBTQ Destination at tourism industry awards Travvy Awards 2017 and listed as a top beach destination by Passport magazine in April 2017.

My Affair with Emiliano: Tacos

Louis Whitakers PV Performer of the Year Award: Celebration of Talent and Giving