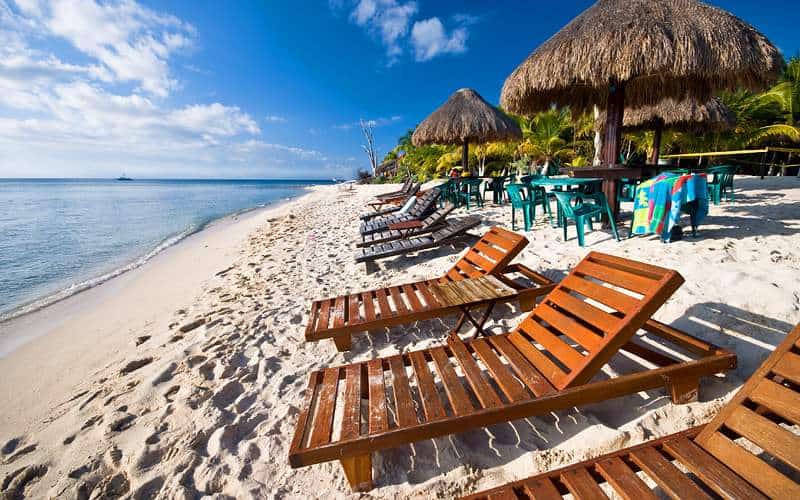 A travel alert issued by the United States last August warning about increased crime in popular destinations including Los Cabos and Cancún had little impact on tourism from that country, an analyst has concluded.

Alejandro Saldaña of the financial company Ve Por Más pointed out that 53.7% of all international tourists who came to Mexico last year were from the United States, and argued that the perception of insecurity in tourism-oriented cities is more prevalent among Mexicans than foreigners.

For example, data from the National Institute of Statistics and Geography (Inegi) shows that 60% of Baja California Sur residents are concerned by high levels of insecurity. Homicide statistics provide evidence that their perception is warranted.

Last year was Mexico’s most violent year in at least two decades and with 69.1 homicides per 100,000 inhabitants, Baja California Sur recorded the second highest murder rate in the country.

State capital La Paz and Los Cabos both saw significant spikes in violent crime as did Cancún in Quintana Roo. Acapulco has also been plagued by high levels of cartel violence in recent years.

Yet a record 39.3 million foreign visitors came to Mexico last year, seemingly indicating that by and large international travelers were undeterred by the escalating violence.

The United States lifted its travel restrictions for Baja California Sur and Quintana Roo in January at the same time it introduced a four-tier alert system and warned citizens not to travel to the states of Colima, Guerrero, Michoacán, Sinaloa and Tamaulipas.

While there is significant optimism that tourism will continue to grow, there are also fears in some quarters that insecurity could threaten the pace of growth or even lead to a downturn in visitor numbers if it is not contained.

Among those concerned is the president of the National Tourism Business Council (CNET), who said that his organization will present the presidential candidates with a tourism agenda which specifies the pressing need to improve security in the country’s tourism destinations.

“Tourist destinations could be an example of how to protect tourism in a more efficient way; those best practices could be taken to other cities. I believe that if the insecurity problem is not resolved it may cause a blow to the sector and we have the opportunity to correct that,” Pablo Azcárraga said.

Speaking at the opening of this week’s Tianguis Turístico in Mazatlán, Tourism Secretary Enrique de la Madrid said that reducing crime is the greatest challenge faced by Mexico’s tourism destinations but has maintained that Mexico could reach 50 million annual visitors by 2021.

Azcárraga, who is also attending the tourism event, believes that if Mexico is a safe country to visit an even more ambitious target could be reached.

“The proposal we want to make to the candidates is that Mexico can aspire to around 60 million international visitors in coming years . . .” he said.