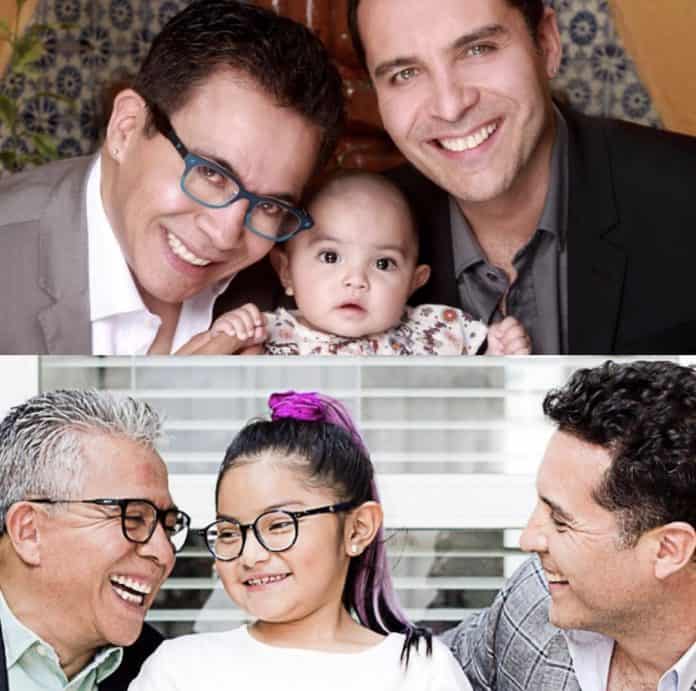 It was nine years ago when adoption in Mexico was approved but to modify the law that makes it possible has been a challenge for the couples. Jaime Morales and actor Felipe Najera got married on 2010. They met Alejandra when she was barely four months old and that’s when they decided to adopt her.

For the past seven years Jaime and Felipe had to go through thorough controls and tests by the Temporary Stay Center for Boys and Girls of the Attorney General’s Office of the Federal District (PGJDF) before they were finally accepted as the legal guardians of Alejandra.

Jaime and Felipe just became the first homosexual couple to legally adopt in Mexico, now Alejandra’s parents have a 7-year-old girl to take care of. But not everyone knows this has been a whole challenge.

The couple declared how they feel about this historical event in Mexico, “They ignore how we live, they don’t know the rights of the homosexual population. Instead of going up to the pulpit to say that we are an aberration, they should promote a sexual, healthy and adequate education that prevents social abandonment. Today there are two million children living in the streets, it is not a minor figure. ” said Felipe.