Out and About Puerto Vallarta
HomeTravel Information

Casa Cupula Luxery Hotel reached out to its customers to gauge how COVID-19 was impacting their travel plans to return back to Puerto Vallarta.

In a news release it says that 336 people responded to the survey. While most (81%) had planned to visit Puerto Vallarta before the end of 2020, the pandemic has changed those plans.

Now, about half of those plan to return later in 2020 with 36% of those waiting until 2021.  The average duration of a delay was about eight months from when originally planned.

Concern about the safety of air travel in general was among the top concerns cited – with 65% saying they were greatly or somewhat concerned about this.  Comparatively 51% were specifically concerned about traveling to Vallarta.  General anxiety about COVID is affecting LGBT travelers with 62% cited “general uncertainty” as their greatest reason to delay their next trip to PV, with 56% also concerned about air travel.

Financial hardship is not among the top concerns – only 20% of this sample of mostly luxury travelers cited economic hardship, and 17% workplace travel restrictions, while 38% cited limited airline options (respondents could choose more than one reason). 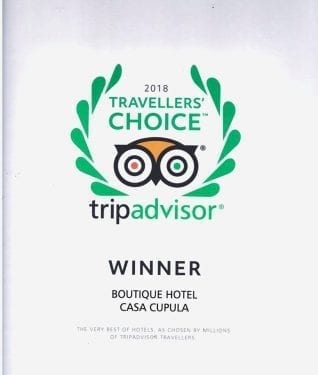 “We’re not surprised by the number of guests who are postponing, but we are glad that almost all plan to return next year,” said Don Pickens of Casa Cupula. “Unfortunately for the Puerto Vallarta LGBT community dependent on tourism, it would seem there isn’t much we can do to affect this. It’s up to airlines to show they can provide safe travel, and up to the leadership of our nations to stop politicizing and start leading to help address the uncertainty we are all feeling.”

The survey of these individuals shows that COVID has hit the LGBT community hard.  Fully 66% were personally affected by COVID.  While only 5% reported contracting COVID themselves, 30% of you have friends or family who have had it.  Sadly, 3% reported someone close to them passing away, and 29% knew of someone in their friendship circle.  This matches the number of people who said COVID had strongly or somewhat affected the area they lived in (58%) with only 4% saying it had not affected their city at all.

Fully 62% of respondents said their travel budget was not affected or minimally affected, which bodes well for a long term revival of travel. Age didn’t matter either, as the average age of those planning to return this year was 49, only slightly younger than the folks delaying til at least 2021, at 51.  Margin of error is 6% for this sample size.

Casa Cupula will begin a staged reopening on June 1, according to local laws with new protocols for safety and health to protect our guests.