Robbed and Drugged During Grindr Hookup 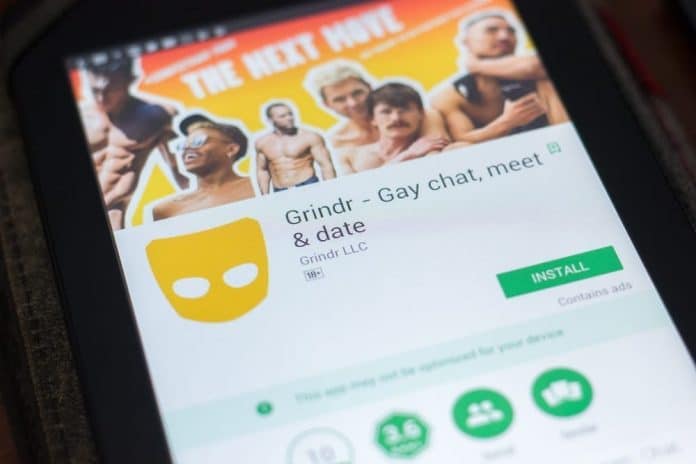 A Grindr hookup in Puerto Vallarta left two California men drugged, robbed, and one of them in the local hospital.

The gay married couple from Anaheim, California were visiting Puerto Vallarta in mid-October when they became victims of a drugging and robbery from a Grindr hookup. While they are both embarrassed by the incident, they are using the horrific experience to warn other to be cautious. Both are praising the response of the local police and hotel officials

Juan and Gregorio (not their real names, which they have asked O&APV to not disclose to protect some of their privacy), were staying at the Westin Hotel in Puerto Vallarta when they invited a man from Grindr over to their hotel room.

“When he arrived, I was in the shower,” Juan explained. “When I got out of the shower, I saw that my husband and he were talking and having red wine together. The guy has also brought a backpack with him.  This was a huge red flag for me. First, neither of us drink red wine, and secondly, who on Grindr brings a bottle of wine and a backpack to a hookup,” he explained.

Juan said he called out to his husband, but “he reassured me that he had seen the guy open the sealed bottle and that it was fine. The guy then poured me a glass and said that he wanted to celebrate our vacation with us. The two then started drinking and I pretended to be drinking because everything inside me was telling me not to drink it. The guy however was very charming and called me out when he realized I was not drinking. He told me that we Americans just want to rush to have sex and that we should take our time and enjoy the moment. At this point, my husband had two full glasses of wine and he appeared to be fine. The charming man then poured me more wine and told me to relax and have a drink with them. I gave in to his charm, for reasons I still don’t understand. I guess I just did not want to be all uptight since we were on vacation and felt safe since we were in a reputable hotel, that always checked us when we came onto the property and has cameras everywhere. So, I took a sip of the red wine. I recall messing around with the guy for about five minutes. That was the last thing I remember. When I woke up the next morning, my husband and I were in bed and the guy was gone.”

Juan had found that their hotel room had been ransacked, he couldn’t find his watch or phone, and that he could not wake up his husband.

“The horror at the realization of what had happened hit me and I tried to wake up my husband, but he would not wake up. I do not do drugs at all, and I found myself having difficulty trying to comprehend what had happened and what to do next because I felt that I was under the influence of something,” he explained. “After several minutes of trying to wake my husband, I finally got him to wake but it was obvious that we had both been drugged. My husband was making no sense and was not acting appropriately. I tried to find his phone so that I could call for assistance but could not locate his phone either. When I explained to my husband that the guy stole all our stuff, he realized that the guy had also stolen his wedding ring.”

Juan then had to make a difficult choice – report the incident in hopes the man could be caught, or have it completely dismissed by the local authorities.

“By reporting the incident, I knew there was going to be some shame and embarrassment,” he said. “But I was pissed! If I said nothing, then the guy would win. He would do it to others and no one would know what was occurring in the community. So, we contacted the hotel security who called the police for us. They asked us to go meet the police at the entrance to the hotel. When I walked to the security building at the entrance of the property, I was shocked to see that there were six tourist police officers waiting to speak with me. I told them what happened, and to my surprise, they took it very seriously. They verified my story with security video and even went back to the hotel room and collected the wine bottle that the guy had left behind. One of the police officers then showed me the video and wanted me to confirm that the suspect seen in the video was in fact the person who had come to the room. According to the police, the fact that the guy drugged us made it a very serious crime.”

Realizing that his husband needed further medial evaluation, the hotel staff brought in the hotel doctor for an evaluation, who made the decision he needed to be treated at a hospital.

Gregorio was taken to Hospiten, where it was determined he was suffering from an overdose on Benzodiazepine.

“They were able to stabilize him but recommended that he be admitted. Unfortunately, I did not have the money to have him admitted overnight so after stabilizing him I had him taken back to the hotel and I monitored him for the next twenty-four hours,” Juan explained.

In Mexico, hospital services are paid for up front and while the couple had purchased travel health insurance from World Nomads, they didn’t realize that it only reimbursed them after claims with their primary insurance were exhausted.  There are policies that you can purchase that will pay hospitals direct.

While his husband was receiving treatment in the hospital, Juan went to purchase a new cell phone so that he could start contacting their cell phone providers to have the services cut off.

“I was such an emotional mess that I could not even think straight. I was completely cut off from all my contacts, had no idea if I was making the right decisions, and did not even know where I was going because I had no phone,” he said. “After walking aimlessly around for about half an hour I flagged down a police officer for assistance. I explained to him what had occurred and that I needed a phone. To my surprise, he said that he was aware of the incident after hearing about it on the police radio. He then took me to the store and told me which phone he recommended to purchase to get us through our trip and get me online. He then stayed with me until the purchase was complete and the phone was active. I cannot tell you how thankful I was for the police going out of their way to assist me.”

“I immediately called Verizon and had them completely shut off the phone and the associated IMEI number so that the phones were completely useless. Needless to say, it was a pain dealing with Apple and trying to prove that my account had been hacked and the password changed without my authorization.”

“The next day the police detective wanted to meet with us. I provided him the medical reports that showed that my husband was in fact drugged. The detective shared with us that they had another similar case where the victim was in a coma and all his stuff was stolen after meeting someone on Grindr. He then provided us copies of the police reports from our incident. I know the police get a bad rap, but I felt like they really took our situation seriously.”

He said they also tried to backtrack and see if they could find the messages on Grindr and identify the guy who did this.

“Of course, he had deleted his profile and deleted the conversation,” he said. “We contacted Grindr and asked them to see if they could identify the profile that had last contacted my husband. We told them what he had done and asked for their assistance. Grindr never responded to our request.”

Juan said he has shared his story online and has been shocked at how many gay guys had similar stories and never reported it to authorities.

“I am sharing my story in hopes that the gay community will recognize the warning signs of guys on Grindr with ill intentions,” he said. “Hopefully, this will never happen to anyone else, and if it does, I hope they report it to the police so they are aware.”

Juan said he offers these safety tips for those who do hookup from the apps, and says he wishes he had followed his own advice: