Inicio Sex and the Beach I’m HIV+, Now What?: Alejandro Castillo Tells You What To Do

Alejandro Castillo is known for being an adult film actor and also for being a voice of activism and updated information about HIV in Mexico.

Both treatments are currently effective in stopping the transmission of the virus from one person to another.

For a while now, Alejandro decided to share with the world that he lives with HIV; it has led him to give visibility on the topic, open the dialogue about persons living with HIV that have such a sexually active life like him and of course to help more and more people have updated information about the virus.

During the interview, he mentioned that it is essential for everyone to know that receiving antiretroviral treatment is a human right, is free and is extremely effective in keeping healthy those living with HIV.

Alejandro Castillo has turned his social networks into a platform of information about HIV and this time, he decided to share with O&APV readers the importance of knowing their current HIV status, why get screening tests and what to do in case the result is positive or reactive. 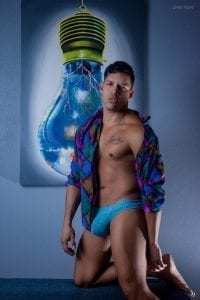 “The only way to know a person’s HIV status, is with a screening test, although rapid tests already exist, you should always have a blood test looking for HIV antibodies; There are currently 2 types of screening tests, the 3rd generation that detects HIV antibodies from 45 days and the 4th generation that detects antibodies from 21 days, both available in any clinic; to receive a reliable result, considerate a certain period of time since the last exposure that could be considered risky.» Explained

«In case of obtaining a “positive” or “reagent” in the screening test, you should know that: You will be fine, that science has advanced a lot and allows you to live with HIV today and take the virus in your body to levels close to zero and at that point you cannot transmit it to others (even in practices without a condom) and that you can lead a completely normal life while you stick to the treatment.» Continued.

Now that you know your HIV status for sure, what follows is the confirmation test, another blood test called “Western blot”, necessary to rule out the possibility of a false positive, although they are usually very rare.

«In Mexico there are several options to receive HIV treatment and they depend on which one you are a member of as a worker (IMSS, Capasits del Seguro Popular, ISSSTE …) and the first step is to arrive with the general doctor of your clinic and show the results of your exams so that they can send you with the infectologist, who from this moment will be the one who will take your case since it is who is specialized in HIV and can give you a scheme according to your specific needs.» Explained.

«The infectologist will ask to make you a virus count, a specific analysis of your viral load to know exactly what is the number of copies of the virus in your blood, this analysis is very important because it will be the parameter that you and your doctor will have to be able to see if the treatment works effectively.» Said.

When you receive the treatment you should stick to it.

«Once you’re under the treatment there are probably side effects (headache, insomnia or dizziness) but they will disappear in a couple of weeks, today there is a new generation of single-pill antiretrovirals, less toxic in the long term, which generate few side effects and are available in the health sector.» Said. 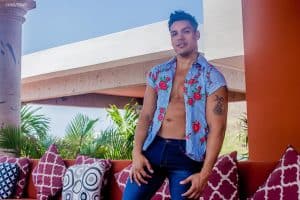 Undetectable HIV is noncommunicable HIV. «After a couple of months the treatment will reduce the copies of the virus in your blood, the goal is to be near the zero, this is called: Living with HIV and being undetectable; Which means that at that time the level of virus in your body is so low that it is impossible to get out of you, that means you cannot transmit HIV to other people, even in practices without a condom, zero risk scientifically speaking.»

Alejandro confessed that certain aspects in his life changed since he began to speak publicly about his HIV status, “I learned to live without fear, when you grow up as a gay man, society and patriarchy teach you how you have to behave not only socially but also in intimacy, they instill in you that if you want to have relationships it has to be with a condom but they don’t explain how to deal with a positive result to a screening test and that is why I do what I can from my platforms, so nobody has to live the fear, uncertainty and pain that I felt when I was newly diagnosed because I was not informed.” Explained.

“Living with HIV is not something I looked for, but having updated information with me helped me free myself from the stigma and the fears imposed by society that classify people like me as second-class people, living discrimination, teasing, invisibility and violence labor because we have a condition that we cannot change; the difference with me here is that as a public figure I can make a change, I give visibility, people listen to me and they can see that people who live with HIV exist, we are sexual beings, we can have family, we are not a danger to others, we are responsible for our health, we are also happy and we can find love, just like any other person in the world.» Conclude. 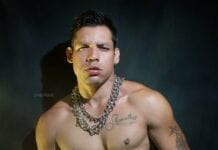 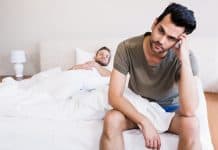 ‘So you think you can RISE’ un nuevo concurso de talentos...