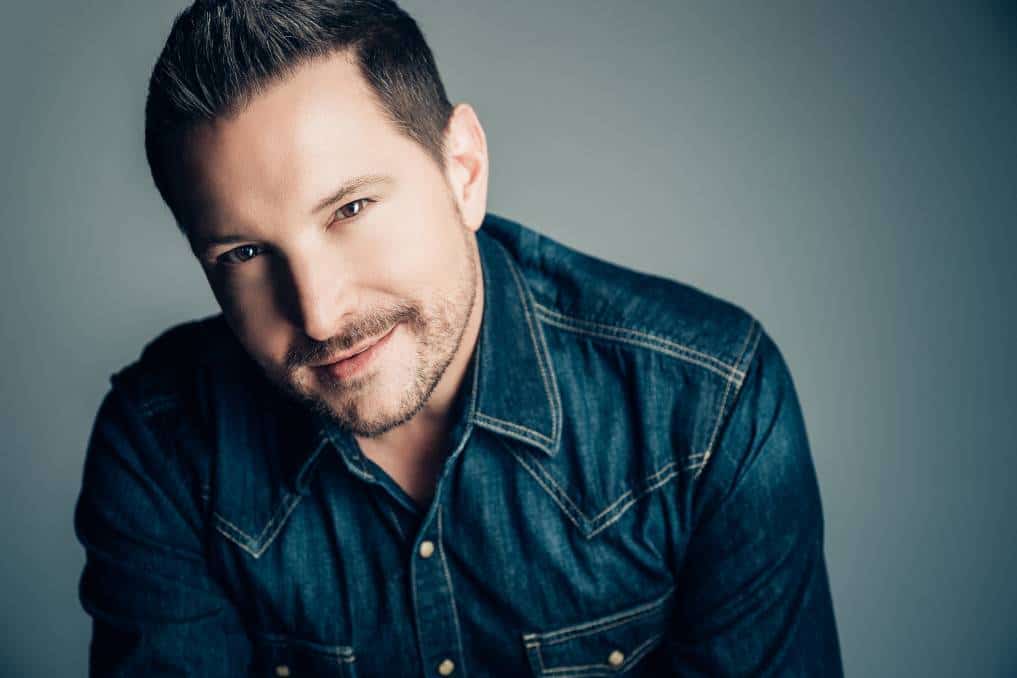 It’s been three years since Ty Herndon formally came out—he was among the first in country music to do so and, you’ll recall, one of two men who came out that same day—and, according to Ty, the time has flown by. The social and political landscape in American has changed radically.

“A year and a half into my coming out the work got a lot harder because the White House administration changed,” he told me over the phone, in a rental car somewhere in California en route to Bakersfield and the start of his Christmas tour. “I’m not really into politics but now I fight for gay rights and I fight for kids’ lives. People have hope through music, so it’s also been a wake up call, you know, for a lot of us that we have come a long way but we still have a lot of work to do. It’s kind of fun to politically get into stuff like that through song.”

“With this last album I got to do that,” he added. “My buddy Erik Halbig produced this record [2016’s House on Fire] and wrote half the songs, no, all the songs…”

I could hear him turn away from the phone and ask around him, clearly Halbig was among those traveling with him. ‘How many songs did you write?’ Eleven of the songs, with me,” he said with a laugh. “And Erik’s a straight guy so adding that affirmative voice to an LGBT voice through music, and then getting to go perform those kind of songs, you see people really appreciate it and, with country music we’re singing about life, you know, we’re singing about real life situations. So you asked me how things have changed. For me, personally, I feel very grateful that I went from just having a voice in a small arena to having a voice in a very large arena. That’s really the big change that’s been for me. Just having a responsibility to a bigger audience.”

Research, and a high number of suspiciously quiet A-list performers, have proven the typical country music fan is notoriously unfriendly to liberal opinions, so it may seem odd that Ty Herndon would wilfully engage in such potentially controversial territory. He said that after upwards of twenty years of professional silence on virtually any topic, coming out liberated him.

“Well I didn’t have a voice before,” he said. “I just kept my mouth shut. But now it’s hard to keep my mouth shut today!”

“The crowds have just become sort of a very Modern Family,” he added, referencing the television show, “so I’m still playing places like the Grizzly Rose in Denver, Colorado where there’s three thousand people there but it’s a very mixed crowd. We see straight people and gay people there. And I think that club owners who book me for shows know they’re gonna get that.”

As it regards touring and personal appearances, his workload has only grown, given the added bookings that come from exclusively LGBT events in addition to the country music ones that a performer who has reached a degree of similar success can anticipate.

“I’m playing pretty much all the same places I played before,” he said, “but I’m getting to add a lot of new audience to it through Pride festivals and speaking engagements and HRC events and GLAAD events to celebrate who we are. And I do my event every year in Nashville, the Love & Acceptance concert during CMA Music Fest and this is our third year selling out and in the middle of all that craziness, of all those fans in town, to know that our little event does so well is a big deal.”

Part of the proceeds from this year’s Concert for Love & Acceptance went to Nashville’s Oasis Center, benefiting at-risk and homeless LGBT youth in that city.

The upcoming string of shows in Puerto Vallarta, though, is all about fun.

“Some of my friends were telling me that Puerto Vallarta has become sort of a new Provincetown almost,” he said. “There’s a large gay community there. And I love, absolutely love playing piano bars, acoustic gigs like the Bluebird Café in Nashville, just singer/songwriter things. This time we’re playing The Palm and I love the folks over there. Amy Armstrong and those guys. Nate Buccieri will be accompanying me there, so it’ll be super fun. I normally don’t work a lot in December because I’m family oriented but I wanted to go and do this gig so … yeah, Christmas on the beach! I like it!

It’s not the first time he’s played Puerto Vallarta. Locals may recall it was this past March when Ty played this city, at Incanto.

“The crowds were amazing,” he said. “We did very well. I was worried about country music, and how many people will show up for that, and what I found was that the people were just showing up for music. They’re not even really labeling it.”

He acknowledges the show he performs for gay audiences is a little different than the one you might find at traditional country music venues.

“I keep the hits the same,” he said, “the integrity of the song, the way it’s written, the way it’s been on the radio, I keep it the same. Every now and then, if I’m singing about a girl I’ll change the last chorus to a ‘he.’ The crowd gets a kick outta that.”

Herndon’s repertoire includes #1 singles “What Mattered Most,” “Living In a Moment,” and “It Must Be Love,” along with Top 5 hits “Loved Too Much, “It Must Be Love,” “I Want My Goodbye Back,” “A Man Holdin’ On (To a Woman Lettin’ Go),” and “Hands of a Working Man.” But don’t let the numbers fool you. They may not have been radio hits, but songs like “She Wants to Be Wanted Again,” and “Heart Half Empty,” remain as gorgeous today as when they were new, back in the middle 1990s.

“I love doing other people’s songs, too,” he said. “I opened Atlanta Pride this year with Little Big Town’s ‘Girl Crush and of course I called it ‘Boy Crush’ and the crowd went wild. It’s giving a different voice to some songs for my lifestyle, I love doing that as well.”

“It’s six shows in seven days,” he said, turning the conversation back to the shows upcoming here in Puerto Vallarta. “We’ll be doing some Christmas stuff too because it is the season. And I love working with Nate. I’ve done a lot of cruise ships with him. We’re fun together, it’s a fun show.”

“He turns all my country songs into cabaret!”

Puerto Vallarta prepares to receive and care for sea turtles